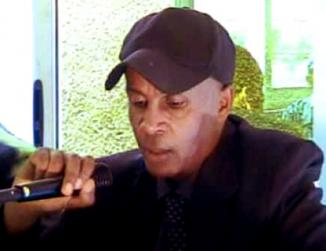 “I am Eskinder Nega. Like my hero Nelson Mandela, my soul is unconquered, my spirit unbroken, my head unbowed, and my heart unafraid.”—Eskinder Nega from I Am Eskinder Nega

Change is one of the scariest things in the world and yet it is also one of those variables of human existence that no one can avoid. One may literally find the lessons of that simple observation all over the map at this halfway point in the year 2012–– and only a few months before Americans take their collective political fate into their own hands during one of the most intense presidential elections on historical record.

From such a perspective, it matters less whether you look at the U.S. Supreme Court’s recent decisions to skillfully dissect Arizona’s (and by extension similar states’) Illegal Immigration Law, and then largely uphold President Barack Obama’s Patient Protection and Affordable Care Act as victories for  one group over another. What is clear in either case is that the paradigm rhythms of change are very much in progress in this second decade of the 21st century.

Freedom of Expression and Eskinder Nega

Stepping outside the United States into the larger global village, the nature of change has caused government officials in Ethiopia to place themselves in a precarious position where the court of public opinion is concerned. Specifically, officials there recently convicted some half a dozen journalists (plus 18 other individuals) of terrorism based primarily­­­­––so far as observers have been able to tell––on blogs and editorials.

The main offenses committed through these writings was that the authors: addressed the events of the Arab Spring, questioned the accuracy of election outcomes, and examined governmental criteria for classifying individuals as terrorists. Among those convicted on June 27 was publisher and journalist Eskinder Nega, recipient of the 2012 PEN/Barbara Goldsmith Freedom to Write Award.

To read more of the full article by Aberjhani please click either of the links below: