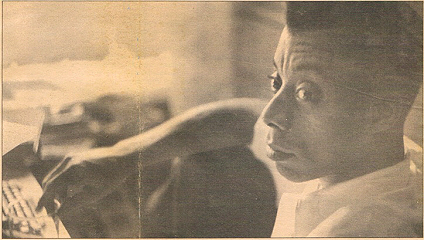 When a writer’s name and book titles end up repeatedly on lists of celebrated “best authors” or “best books” it is usually a strong indication they are not only worth reading but occasionally: re-reading. So it is with the Harlem, New York-born author James Baldwin (Aug 2, 1924 – Dec 1, 1987). Were he still alive on this 88th anniversary of his birth, Baldwin could smile with satisfaction at the knowledge that his masterful works continue to illuminate the shadowy depths of human existence and to help empower the lives of socially embattled individuals.

In June, the Library of Congress included the author’s classic The Fire Next Time on its initial list of “Books That Shaped America.” Chroniclers of the great author’s powerful impact on contemporary culture and history, however, started making sure in the last century that readers in this century would retain access to his legacy. In 1999, the Modern Library placed his Notes of a Native Son among the top half of “the 100 best nonfiction works of the century.” In 2011, editors at Time Magazine placed that same title on its list of “All-time Best 100 Nonfiction Books.”

To read more of the article by Aberjhani please click this link:

CREATIVE SPIRIT OF THE HARLEM RENAISSANCE.