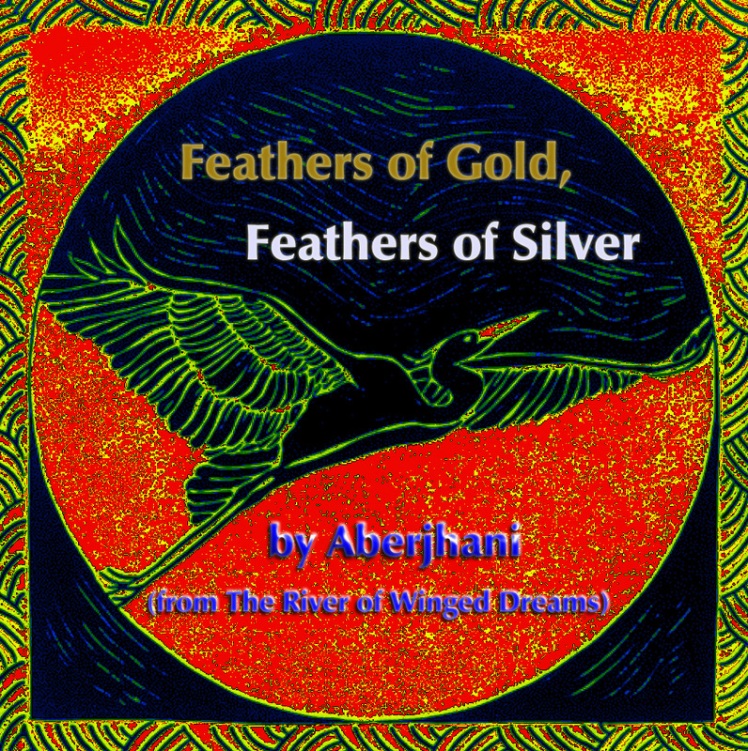 In July 2006, I sat down to write a short simple thank you note to fellow poets and writers who had graciously wished me well on my birthday. To my surprise, the intended short simple note came out of my pen in the form of the following poem:

Each, shaped from a heart
divine—such is the nature
of your humble wings.

Love, Mercy, and Grace,
sisters all, attend your wounds
of silence and hope.

You are the good twin
and the bad. Not arrogant,
but jubilant…sweet…

With grief or without,
your flight commands awareness
of joy beyond pain.

Holy starbright of
infinite heavens, for these
tears––I do thank you.

Just the fact that it was a poem was the first big surprise. The second was the style in which it was written, a variation on the haiku that I had never used before. Had my muse taken on the form of an angelic presence to gift me with a unique way to say Thank You? Or had an angelic presence paid me a visit to play the role of my muse? I smiled at the possibilities, posted my Thank You poem, and life went cautiously on about its modern-world business.

So how astonished was I when another angel poem materialized just a week later?  Very! This one called itself Angel of Grace. I don’t recall a specific reason for its composition, only afterwards feeling deeply inspired—almost pressured in fact—to dedicate it to the English poet Kate Burnside and her family. Since we have never met nor even chatted, this dedication stunned Burnside at least as much as it did me.

These angels of poetry, I thought, have a nicely wicked and scary sense of humor.

Angel of Grace forced me to confront the possibility that even though I had no intentions of writing additional poems about the influence or presence of angels, some additional poems might nevertheless have every intention of making themselves known to me.  It turned out they did.  Most were written down but some were not simply because I could not always hold the words or images long enough in my mind to do so. They would come in bursts of intense energy like exploding butterflies, dazzle me with their depth and light, then vanish.

The manner in which the poems continued to manifest intrigued me to no end. Predictably, the most violent among them was Angel of War. I did not like the concept of an Angel of War—probably because of the ongoing atrocities of the Iraq and Afghanistan wars—so tried to resist the act of physically writing a poem about one. This struggle not to pick up a pen and write clashed head-on with an intense compulsion to do exactly that. For more than a week I found myself engaged in this psychic battle. Any time I wrote a stanza in one notebook, just to get it out of my head, I would later write somewhere else a question challenging the nature of war. This tugging back and forth eventually gave the poem its final form of haiku-like stanzas followed by angry questions.

The Angel of War experience was a weird one that I did not have time to contemplate long because—talk about some serious irony—the next week the Angel of Peace showed up during a storm that knocked all the lights out. Every time I went feeling through the dark to do one thing, I would grab a candle or flashlight along with a pen and paper then stand wherever I was and write instead. Both Angel of War and Angel of Peace were featured in the July 2007 online issue of Poetry Life and Times.

Feathers of Gold, Feathers of Silver (from The River of Winged Dreams) – Bright Skylark Literary Productions.