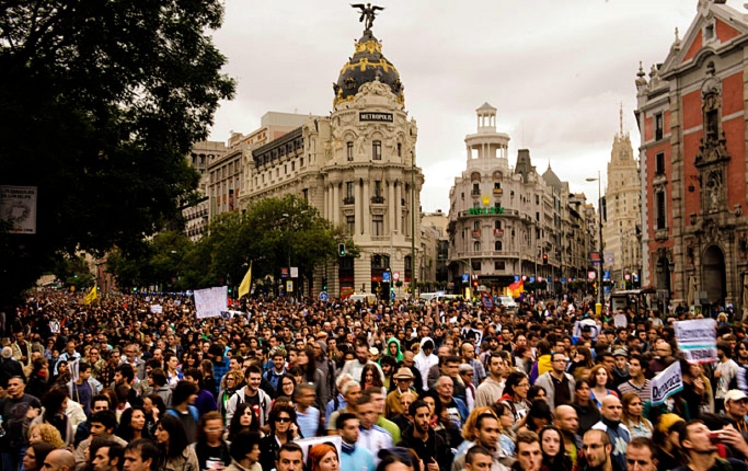 “A vision of humanity as a unified force for peace had come alive in the form of millions of living breathing souls and an ideal of international democracy had been realized on a small but unprecedented scale.  History was not only made––history was tremendously honored.” – from The American Poet Who Went Home Again (Aberjhani)

During this Easter Holy Week 2013, I find myself thinking about the challenges that Peace faces in our world and wonder why humanity seems to insist more on its destruction than its empowerment. From the recent murder of a 13-month-old baby in Brunswick, Georgia (allegedly by a 15-year-old boy), to the nearly two dozen wars (plus two dozen more conflicts of a similar nature) currently devouring human sanity from sunrise to sunrise, the suicidal lust for the annihilation of life on every scale is scarier than any vampire flick around.

Is there anything more obscene than a non-stop hunger for, and ceaseless indulgence in, the real-world violence that piles up human corpses and mutilates human souls? The answer may be a matter of cultural guerrilla decontextualization. The conscious practice of Peace has been removed from its context as one of the qualifications for nations wishing to be define themselves as civilized and been re-branded as an anomaly indicating defeatist passivity, cowardice, or weakness. The violence of war has come to represent patriotism, heroism, strength, and glory.

We saw on the weekend of February 15, 2003, that it is as possible to wage peace as it is to wage war. For some odd reason, however, while the media frequently reminds people of the anniversaries of wars and other man-made atrocities, commemorations of that worldwide event are so thoroughly ignored that even many who participated in it might doubt it actually happened.  The announcement of the Global March for Peace and Unity scheduled to coincide with the United Nations’ International Day of Peace September 21, 2013, served as a reminder that what happened in 2003 was both real and significant. The essay “February 15, 2003: The History that Peace Made,” published in The American Poet Who Went Home Again, was written as the event unfolded to honor the strength and courage demonstrated by those who challenged the presumption that war with Iraq was the only useful response to the attacks of September 11, 2001. The following short excerpt is shared to acknowledge the legacies of Peace and advocate for its unwavering defense:

The estimated 8 million people who demanded of the world, from February 14 to February 16, that peace be given a chance were a lot more difficult to ignore than other events leading up to the historical occasion and every major television network provided extended coverage of the worldwide phenomenon.  That the world community had spoken so voluminously and unambiguously through so many made it easy to believe that the soldiers, sailors, airmen, and marines moving toward Baghdad would soon receive orders to execute an about face.  It appeared the most indisputably intelligent and democratic course of action available.  Only it never happened.  History, under the guidance of those clamoring for war, took the road so often traveled in the past.