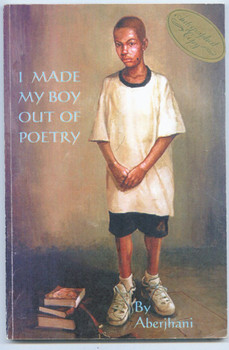 “Dedicated artists, innovators, and stewards of our language, they tell us not only who we are, but also who we can become. They distill our emotions, clarify our thoughts, and renew our spirits with the vigor of their words and the freshness of their perspective.” ––Former President Bill Clinton, from Letter Acknowledging Launch of National Poetry Month, April 1, 1996

Members of the Academy of American Poets had no way of knowing when they established National Poetry Month in 1996 that something called 9/11 would pop up on the radar screen of history just four years later. Although a man-made mass trauma, 9/11 was equal in emotional impact to what came later: the 2004 Indian Ocean earthquake that took approximately 225 thousand lives, the 2010 earthquake that brought Haiti to its already weary knees with more than 300 thousand deaths, and the combined tsunami and nuclear disaster that rocked Fukushima in 2011.

Each of these horrors––as well as the epidemic of mass shootings that has plagued the United States since––threatened to unhinge individuals’ sanity in a permanent and unforgiving way. For many, orthodox religions provided some solace but not enough. Individuals often turned to poetry, not only to glean strength and perspective from the words of others, but to give birth to their own poetic voices and hold history accountable for the catastrophes rearranging their lives.

Carry It with You

There have always been those who recognized and valued on some level a relationship with poetry. But it was the Academy of American Poets’ official acknowledgement of it through the establishment of National Poetry Month which validated that value for those other than so-called “lit-geeks.” It made sense that the Academy should have kept the momentum going with the launch of Poem in Your Pocket Day on April 17, 2008. The idea was a simple one: “select a poem you love, carry it with you, and share it with others throughout the day.”

For the full article and to read the poem by Aberjhani please click this link:
3 Poems for Poem in Your Pocket Day: Number 1 – National African-American Art | Examiner.com.

One thought on “3 Poems for Poem in Your Pocket Day: Number 1”