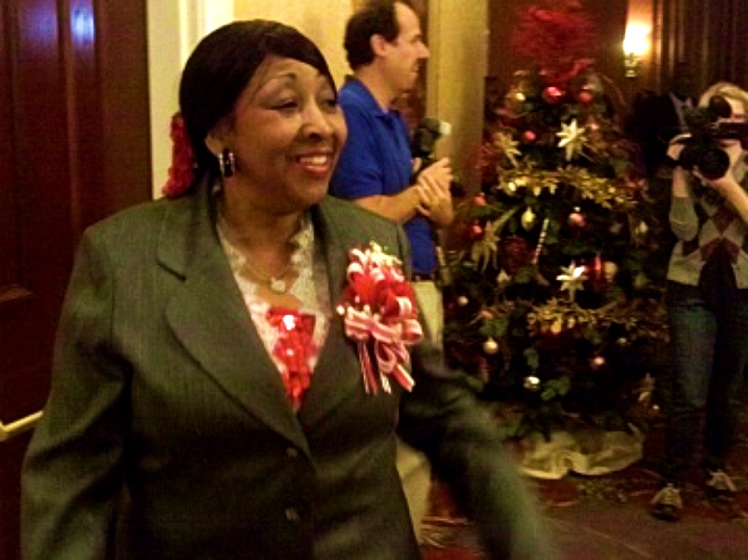 There’s a lot at stake when it comes to casting a vote for the mayor of Georgia’s first city. Candidates not only stand to make history but to shape it some very powerful ways. (photo of Edna B. Jackson courtesy of Diva Magazine)

Journalist Patricia C. Stumb, in a 1999 Connect Savannah news magazine story titled “Peace, love & blessings…,” wrote of how I “found worldly consciousness in the heart of [my] hometown.” Her observation was surprisingly precise because during that period while living in Savannah, Georgia, I had indeed become more aware of my hometown on the global scale of things. I had also become more cognizant of myself as an author whose influences and inspirations tended often to derive from regions far beyond it.

However, expanded consciousness or not, there was no such thing as overlooking the profound thematic shift that occurred in the city’s history when Floyd Adams became its first African-American mayor in 1996. That event prompted the composition of these lines:

By way of an African wind
a letter came today.
It was not scribbled over
Hallmark fantasies or
popcultural postcards;
it was engraved on sweat-dyed scrolls
manufactured by centuries
of anguish, struggle, determination.
––from the poem A Letter Came Today (I Made My Boy Out of Poetry)

The thematic transition grew even more powerful in 2003 with the election of Otis Johnson as mayor of the city and in 2011 when Edna Branch Jackson won the office. Up until this point, too much of the story of African Americans in Savannah had been one of a people continuously oppressed and suppressed by history itself. Different industries (such as film) and individuals benefited economically from that history but Blacks native to the city have rarely done so to any significant degree.

The Re-Historicization of a Narrative

The elections of Adams, Johnson, and Jackson created a thematic evolution that has helped the city prepare for even more dramatic and culturally inclusive demographic shifts already in progress. Call it the re-historicization of a narrative that dates back at least to late 1800s Reconstruction.

Please enjoy the complete essay at this link: Source: The 2015 Bid for Power and History in Savannah (Georgia, USA) – Bright Skylark Literary Productions