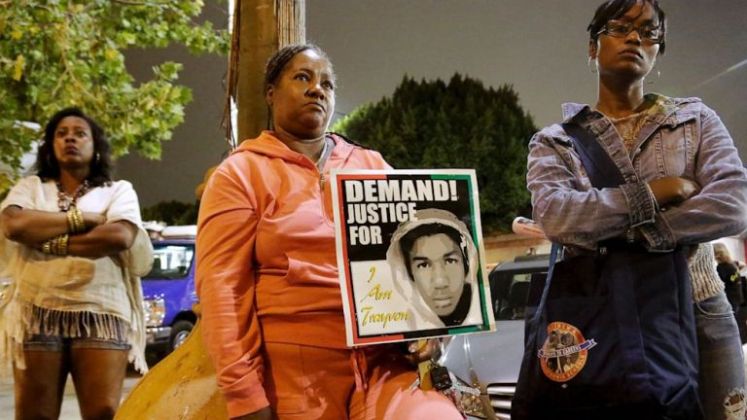 Many eyes blinked dumbly, like those of someone realizing they have just been stabbed, and people’s heads shook in slow disbelief when the announcement came Saturday night, July 13, 2013, that George Zimmerman, the man who admittedly killed  Trayvon Martin, had been found “not guilty” of murder.

It remains a difficult conclusion to process––and likely shall remain so for years to come––because certain definitive facts of the case were never disputed. And those, namely actions initiated by Mr. Zimmerman, are what led to the 17-year-old Martin’s death.

Once the presiding judge ruled to allow manslaughter­­­­­­­­­­­­­­ as an optional verdict in place of second degree murder, it seemed almost a given that manslaughter was the very least on which the jury would decide.

Appearing on television Journalist Bob Schieffer’s Face the Nation program July 14, author Michael Eric Dyson and NAACP President Benjamin Todd Jealous both noted that despite attempts to minimize racial aspects of the case, race was clearly a factor. No one could really dispute that Zimmerman had apparently come armed, loaded, and prepared for the purpose of shooting something or someone. They could not dispute that against instructions not to do so, he had left a vehicle where he was perfectly safe and created a situation that quickly turned deadly. Although the term “racial profiling” was banned from use in the courtroom, no one could seriously dispute that Zimmerman’s sole reason for approaching the teenager was because he was black and male.

Television analysts of the case have said the jury’s decision likely hinged on the assessment that Zimmerman feared for his life at the moment he pulled the trigger and that specific moment of fear legally justified his use of lethal force. Why did no one think it likely that Trayvon Martin had started to fear for his life the moment Zimmerman started stalking him without reason?

To continue reading the full article by Aberjhani please click this link:
http://www.examiner.com/article/zimmerman-verdict-counters-notion-of-post-racial-america